Hello, my bucket list friends . Last month I said goodbye to my very sweet and beautiful cat Blanca but this post is not about that day. This post is all about Blanca’s wonderful life and sweet personality. I first met Blanca in 2014 I saw her on a local animal shelter’s  website. From the information provided on the website I found out the she was sixteen years old and had come from a house where she lived with other cats who picked on her. Even though her name was Blanca she was a  fluffy black cat. I knew that it was harder for senior animals and black cats to find forever homes once they are in a animal shelter. Since Blanca was a black sixteen year old cat . (That’s equivalent to 80 human years !)   I knew her chances of being adopted were low. I really wanted to adopt her and give her the loving home she deserved. Somehow I was able to convince my parents that we should adopt her. The next day ( February 2nd 2014 ) My mom and I went to the shelter and brought her home.  She did great on the car ride home she was very curious and loved to look out windows. We decided that it would be best to have her live in my bedroom because our other cat Sherry might not be all that excited to have another cat in her house . Blanca and I shared a room for a while I would take her upstairs sometimes so she could sit the window and get some sun. I don’t remember when it was exactly but sooner or later she was able to explore the rest of the house. We were right about Sherry being less than thrilled about sharing her house with another cat. They eventually had a territory war in my room which resulted in me having to do a lot of laundry but that’s just life when you have two girl cats. Blanca was an amazing jumper. I was always a little worried when I saw her ready to jump a pretty long or high distance but most of the time she completed her jump with no problem. Like most cats Blanca was a lover of the sun. Sometimes when I was outside she would come with me to walk around and enjoy the sunshine. Around two years after we got Blanca we welcomed a kitten who I named Cooper into our home. Cooper was so little when we first got him. I’ll never forget the time that tiny Cooper stood on top of Blanca while she was sleeping but he was so small that it took Blanca a few minutes to wake up and notice him! My favorite thing about Blanca was that she loved attention. She had a pretty powerful purr.Her favorite place to sleep was on top of a person. She did’t mind when I picked her up , She just wanted me to pet her head. She was a very people friendly cat and would welcome pets and love from anyone willing to give it. If I had to describe her in two words it would be sweet and sassy. She was very sweet but she also had a very strong personality if she wasn’t happy with something like getting her nails trimmed or Cooper wanting to play with her she would make sure everyone knew how she felt about it. When I first got Blanca I thought I would only have her for a few months but I had her for almost six years ! I am so blessed that I got to be her pet parent! 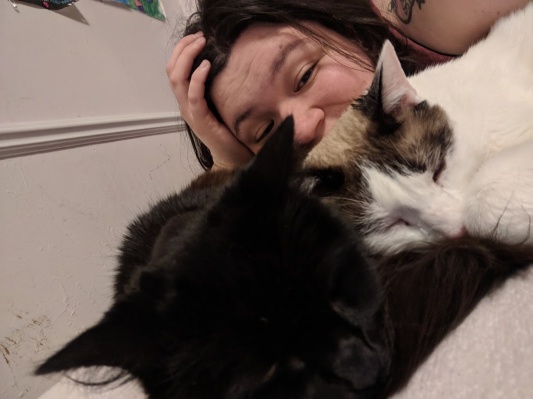 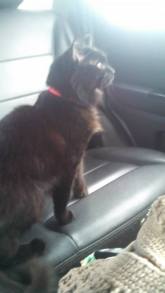 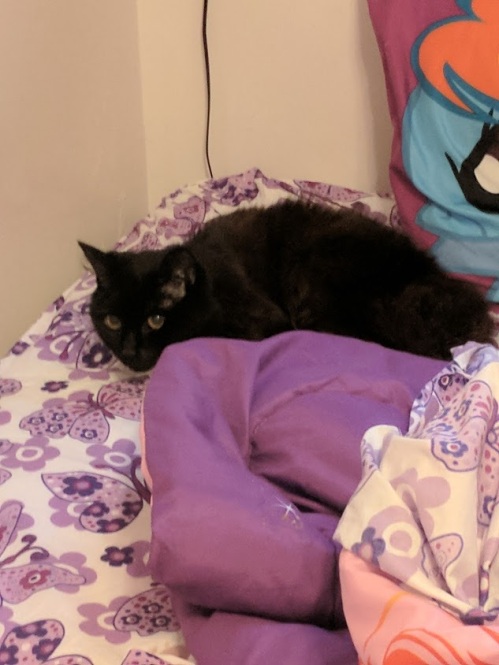 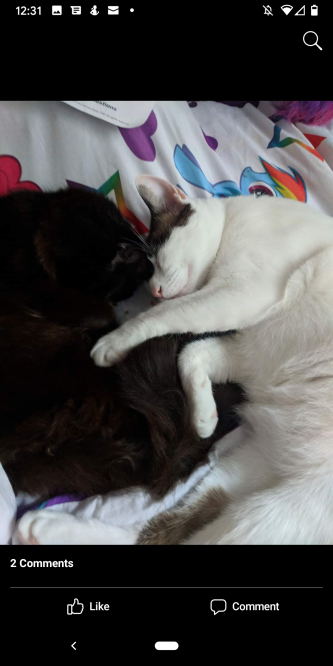 2 thoughts on “All about Blanca”